Far infrared ray energy, also known as radiant heat, is a part of the natural light spectrum of sunlight, minus the skin damaging ultraviolet rays, which is why NASA spacecraft has utilized this heat. Far-Infrared rays are rays that promote bioprocesses such as increased metabolism and blood circulation, and can raise core body temperature. Far-infrared can penetrate up to 1-.5 inches, exciting the vibrational energy of molecules and resonating with cellular frequencies.

Over 2000 years ago, the famous Greek physician Parmenides stated “give me a chance to create fever, and I will cure any disease”. This traditional wisdom has certainly stood the test of time. A typical infrared sauna session causes a brief 1-3 degree increase in body temperature. Fever is the body’s defense against bacteria, microbes and consequent infection. This beneficial side effect triggers the production of white blood cells (leukocytes) by your bone marrow and killer T cells by your thymus, resulting in strengthening the immune system.Due to the healing power of heat, Far-Infrared provides a safe natural form of detoxification [reducing toxic body burdens of heavy metals, nonmetallic toxins, volatile hydrocarbons, solvent residues, PCB’s, pesticides, herbicide residues and other synthetic chemicals], which is critical for reversing health disorders and re-establishing good health. Studies now confirm that diet and environmental chemicals cause 95% of cancers. Furthermore, we have learned that stored toxic chemicals can mimic any disease. 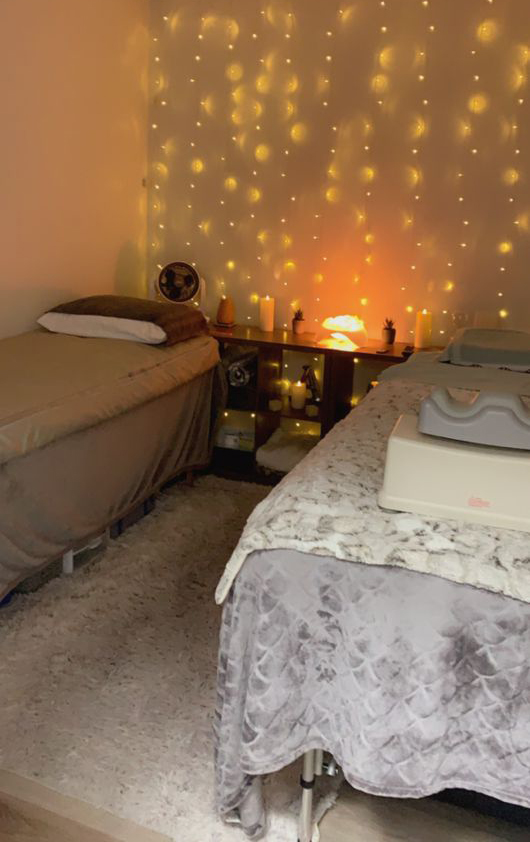 How does it work?

Although the skin is a major eliminative organ, most people’s skin is very inactive. Many people do not sweat possibly due to synthetic or tight clothing which do not breathe. Sedentary living and sun damage also inactivate the skin. As these chemicals build up, they alter our metabolism, cause enzyme dysfunction and nutritional deficiencies, create hormonal imbalances, damage brain chemistry, and cause cancer. As the chemicals accumulate in different parts of the body and at different rates and in different combinations, there is a disturbingly large variety of different chronic illnesses which can result. Studies now confirm that diet and environmental chemicals cause 95% of cancers. Un-detoxified chemicals can mimic any disease and chronic diseases that were thought to have no known cause often disappear once toxic chemicals are gone. The Far-Infrared Sauna is among the safest, most efficacious, economical way of depurating stored toxins. Researchers have discovered that the use of the Far Infrared spectrum sauna was most effective in the removal of a vast amount of toxins via the skin, thereby bypassing the kidney and oftentimes the use of oral or intravenous chelating agents. The Far Infrared sauna is far safer and more tolerable than a conventional sauna because the Far Infrared energy is just below the microwave spectrum. To confirm this concept, place the palms of your hands a few inches apart. The radiant heat which you feel is the far infrared energy generated by the body. “Touch Therapy” healers have used this energy for centuries, and it is often included in many yoga positions for self-healing purposes.

Heating the body helps destroy bacteria, viruses and tumors. Saunas work largely by promoting detoxification through the sweat. Sweating promotes elimination of toxic chemicals, heavy metals [Aluminum, Antimony, Arsenic, Barium, Bismuth, Cadmium, Lead, Mercury, Nickel, Thallium, Tin, Uranium], radiation and other toxins. The skin’s ability to eliminate poisons increases. One study found that the sweat formed in conventional saunas is 95 to 97 percent water. In infra-red saunas, only 80 to 85 percent of the sweat is composed of water; the remaining 15 to 20 percent consists of cholesterol, fat-soluble toxins, toxic heavy metals, sulfuric acid, sodium, ammonia and uric acid. Saunas offer many of the benefits of exercise while requiring much less exertion. Saunas also stimulate cells to release toxins, which can then be eliminated by the liver and bowel.

How does FIR facilitate weight loss and cellulite loss?

The Far Infrared Sauna not only purifies fat cells, but it burns calories (up to 500 calories in one full session has been calculated to burn as many calories as a six mile run (and have the same beneficial cardiovascular effects) and controls weight. The Utilizations of Far Infrared Ray (FIR) has been testified to be one of the most effective and scientific methods for weight-loss or body re-shaping. All the life-forms on earth naturally have activation of cells and flourishing metabolism with the radiation of FIR. FIR radiation penetrates under skin, muscle and bone, resulting in heat moxibustion, which speeds up blood circulation, cell activating and metabolizing of cells. When the activity frequency between molecules and atoms from cells becomes unanimous with FIR frequency, the energy will be rapidly absorbed by organism cells, resulting in resonance and fiercer molecule oscillation. Thus, catabolism is enhanced and unwanted fat is decomposed accordingly. Far Infrared Ray (FIR) even improves and clears cellulite. Cellulite is a gel-like substance made up of fat, water and wastes which are trapped in pockets below the skin. Profuse sweating, induced by the infrared sauna, can assist in eliminating this unwanted debris from the body. In Asia and Europe FIR has already revolutionized health and beauty products. Infrared energy is not only safe, but also highly beneficial for our bodies. European Beauty Specialists confirm that a sauna will greatly speed any anti-cellulite program. Due to at least twice the depth of heat penetration into cellulite combined with up to 10 times the level of heating in these tissues your infrared sauna can be significantly more effective than any conventional sauna. It is also important to remain hydrated. For best results drink water prior, during and after your sauna session. Do not apply excess body lotion to your body prior to a sauna session.

FAR infrared ray energy, also known as radiant heat; is the natural part of the spectrum of sunlight, minus the skin damaging ultraviolet rays.

FAR cannot be seen, but can be felt as a beneficial heat that can safely penetrate the skin and body to increase core-body temperature. This will result in a deep, intense, detoxifying, health-boosting sweat that will help you look and feel healthier. When using FAR infrared technology, your body is enhanced with the ability to free itself from toxic pathogens, chemicals and heavy metals by cleansing from the inside out.

FAR infrared heat penetrates the sub-dermal layer to warm muscles, which encourages them to relax and expand. The body often retains stress as muscle tension, which then creates further trouble in the form of unsettling soreness, pain, and headaches. By relieving muscle strain, and releasing built-up lactic acid, infrared also helps to ease the associated fatigue and stress. This sort of deep muscle and psychological relaxation has been proven to boost-immunity, mood, and energy. Sweating also provides a burst of endorphins, which heighten the sense of wellbeing and clear-headedness that accompanies relaxation.

If you sweat on a regular basis, with two to three days between sessions, you can expect to lose one clothing size within six to ten treatments, assuming that you are also pursuing a reasonable diet. You may also find that the release of heavy metals helps correct metabolic and hormonal imbalances, which can improve digestion and quality deep sleep. Science has also demonstrated that better sleep produces better weight loss results, meaning that the better you sleep, the easier it’ll be for your body to lose those excess pounds.

When your body is exposed to infrared heat, it attempts to maintain normal temperature through thermoregulation, which results in sweating. Your system works hard and expends a lot of energy during this process, which is why so many calories are burned. This rapid caloric burn consequently boosts metabolism, which allows you to continue burning calories at a faster rate even after your sweat is over. The body often stores toxins within fat deposits in order to protect organs and other critical body tissues from toxic exposure and attack. When these toxins are excreted through sweat, your body becomes free to gradually eliminate the fat that was previously required as a protective buffer. Fat can also be released during the sweat, as fat becomes water-soluble at 110°F. Many people also find that after they release additive substances such as sugar and candida through sweat, they are less drawn to unhealthy foods, and are able to make more nutritious choices.

Sweating is directly linked to weight loss. A typical sweat session burns between 800-1,600 calories, between the 55 minutes in the bed and the 36-hour metabolic boost that follows. While the water weight that you lose while sweating is easily replenished, the calories that you burn are not. Furthermore, the detoxification that occurs during sweating makes it easier for your body to naturally deplete fat stored during everyday life. 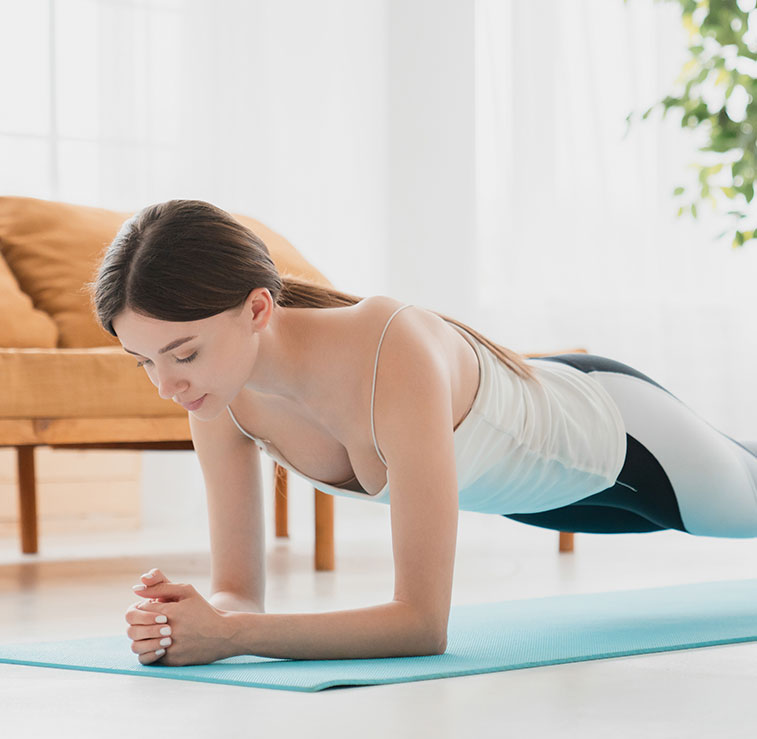 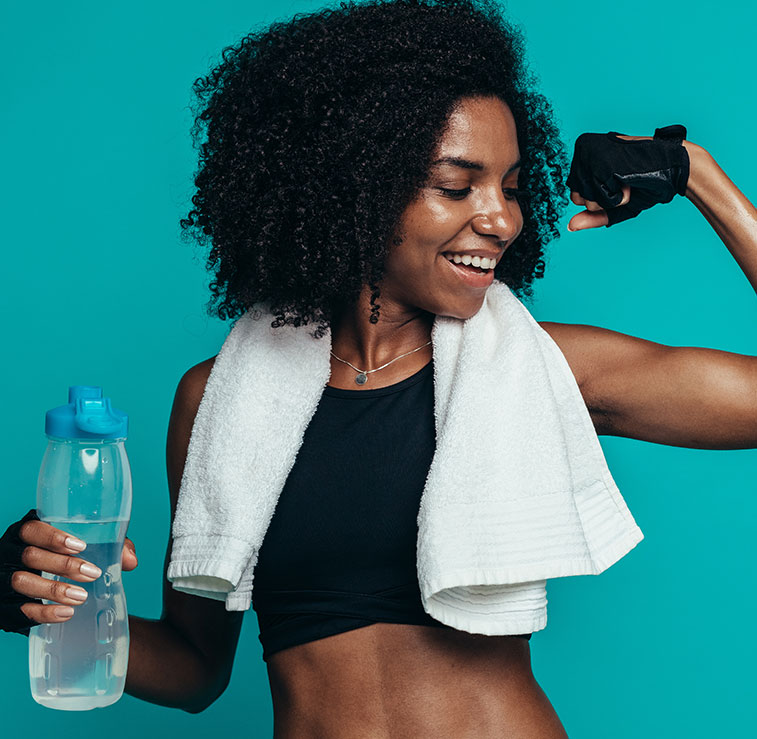 Infrared sweating is perfect for people who do not have the time or ability to exercise regularly, as it offers the opportunity to maintain and improve cardiovascular health with relative ease. For those who do even the most rigorous workouts, sweating still represents a perfect option, as it reinforces heart strength and endurance while relieving muscle strain.

FAR infrared sweating provides many of the cardiovascular conditioning benefits of continuous exercise. During a 55-minute sweat, your heart receives a workout similar to that of a ten-mile run, while the detox achieved through FAR infrared perspiration provides a more productive detox than a marathon. Sweating boosts endorphins, improves cardiovascular fitness and endurance, and releases muscle tension, making it the perfect complement to any lifestyle.

When the body’s core temperature is increased, cardiac output is boosted in response. The heart rate rises in order to circulate blood at a faster pace and facilitate sweat production, which helps train and strengthen the cardiac muscles. The metabolic rate is also increased, while diastolic blood pressure drops, leading to improved cardiovascular fitness. Meanwhile, the infrared heat stimulates endorphin release, which helps improve energy and healing, while the removal of lactic acid buildup soothes tense and sore muscles.

Is There Anyone Who Should Not Sweat?

If you have a chronic condition that makes you extremely sensitive to temperature, we recommend checking with your doctor before booking a sweat session. The same advice applies to those who have recently sustained an injury and/or undergone a surgery. If you have hemophilia or take certain medications (including some blood thinners), we typically recommend against sweating. Pregnant women cannot sweat (although we would be thrilled to have you sweat after your baby is born!). If you have been advised to stay away from heat or have any concerns or questions regarding medical conditions and sweating or lymphatic therapy, please talk to your doctor.

What to wear
If you’re doing a sweat session, you can wear a swimsuit or you can dress in comfortable, casual, skin-covering clothes. We suggest more cotton, less lycra. Breathable fabrics are the name of the game. Your feet also need to be covered, so socks are or we will provide a towel.

What To Eat Prior
A little something, but not a ton of anything. We advise against sweating on an empty stomach, but we also recommend not arriving immediately after a heavy meal. Eating light, fresh food prior to your session is best. Salty foods tend to be better than sweet foods, and (of course) drinking plenty of water  is always top priority.

Hydration
Your body, just like every other living thing on earth, needs plenty of water to function optimally, so you’ll always feel your best when you are hydrated. When you sweat, your body uses water to flush out toxins and other waste materials, and the more water you have to use, the more productive your sweat will be. It’s also important to replenish the water that you sweat out, so that you walk away feeling vibrant, refreshed, and hydrated.

Benefits of Using a Sauna Blanket

Improve Memory and Sleep and Stress